Update Required To play the media you will need to either update your browser to a recent version or update your Flash plugin.
Connexion S'enregistrer 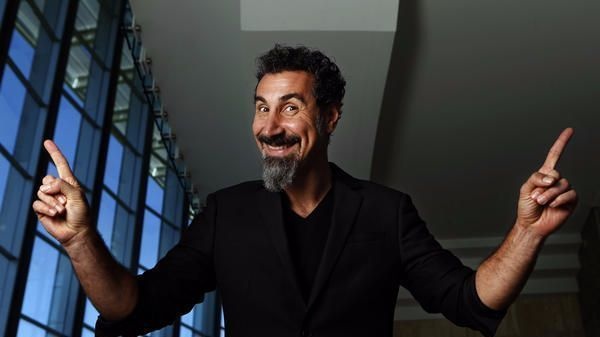 “‘Elasticity‘, the songs on that EP were written many years back. When I wrote them, the original concept, for me, was, ‘What rock songs can come out of me right now that I can possibly work with System on?’ So the intention was, actually, to sit down, and I’ve played them for the [other] guys [in System], and we even kind of messed around with some of ’em, and whatnot. And, obviously, we were unable to see eye-to-eye on continuing the future recordings of System, except for, obviously, these two songs for the cause that we’ve done, and that was before—obviously, a couple of years before.

So these songs, I decided to finish them myself and release them. And they are really interesting and beautiful songs — going from really heavy type of System-esque type of music to really beautiful, ballady — including pianos and string arrangements and stuff like that. So, it’s quite diverse for just five songs. And thematically, it’s quite diverse as well — a song about terrorism; a song about protests in Armenia years ago; a song about my son Rumi, kind of also cut with the poet Rumi, in a way — it’s an homage to the poet Rumi and his namesake, basically, in a way. And a few other pieces. So it’s kind of all around the place, as everything I do is.

I was supposed to come out in October, but when the war started, and when we decided to put out two songs with System, that took priority for me. And I just called the record company that we’re working with and just said, ‘We need to push this. Can we make this work?’ And they were very cool about it.”